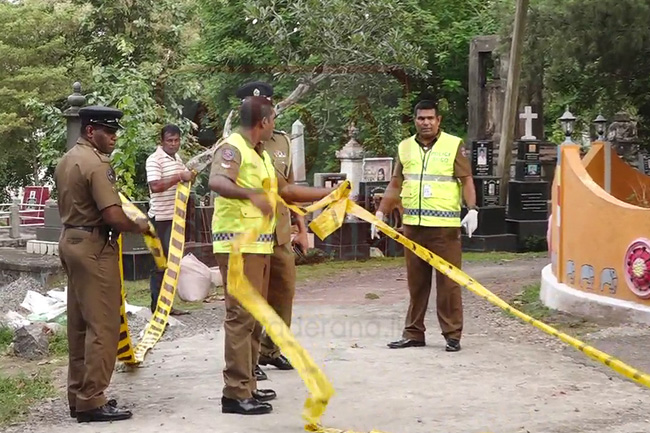 Another suspect, who is in connection with the murder of two underworld gang members at the Madampitiya Cemetery, has been placed under arrest, the police said.

He was identified as a 39-year-old from Sedawatta Road in Wellampitiya.

This arrest was made at Wellampitiya area following the information obtained from the interrogations into one of the seven suspects previously arrested over the murder.

He will be produced before Aluthkade Magistrate’s Court today (15).

Two suspected members of an underworld gang were hacked to death on the 15th of August last year by members of a rival organized criminal gang near the Madampitiya cemetery in Grandpass.

The attack was carried out by four individuals who had arrived in a three-wheeler and wielding machetes. The perpetrators brutally attacked the victims, who had already succumbed to injuries by the time they were admitted to the Colombo National Hospital.
One of the victims was identified as an underworld figure known by the name ‘Anamalu Ranga’ (39) and the other victims is a 22-year-old youth.

Three suspects including the 34-year-old younger brother of ‘Kudu Roshan’ were initially held over the double murder while six others were arrested later.

It was later reported that Prasad Roshan under the alias ‘Kudu Roshan’ and a Pradeshiya Sabha member of Sri Lanka Podujana Peramuna (SLPP) were among the arrestees.