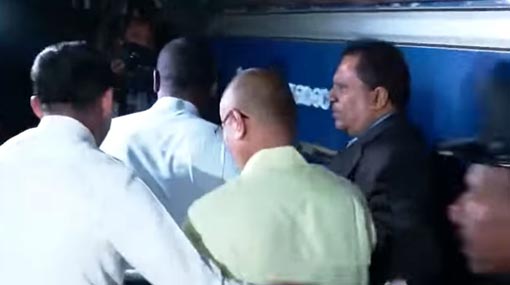 Former Sri Lankan Ambassador to Russia Udayanga Weeratunga who is currently under remand has been admitted to the Prisons Hospital.

Reportedly, he had been admitted to the hospital last night (14), upon examination by doctors following an illness.

Former Sri Lankan Ambassador to Russia Udayanga Weeratunga was remanded until February 17 by the Fort Magistrate after being arrested at the Bandaranaike International Airport (BIA) by the Criminal Investigation Department (CID) yesterday (14).

Weeratunga was intercepted in the UAE later on the 4th of February 2018 when he attempted to leave to the United States. He was subsequently released by the UAE authorities, but was prevented from leaving the territory of the UAE until the conclusion of investigations.