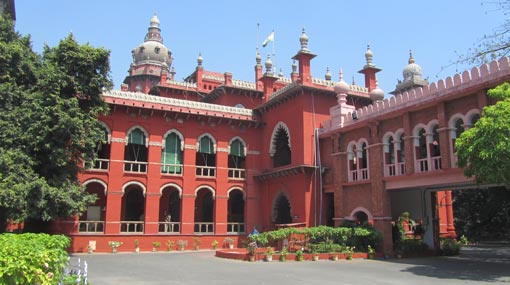 The Madurai Bench of the Madras High Court in India has restrained the Centre and the State from deporting a woman to Sri Lanka.

The woman, married to an Indian, was apprehensive that she would be deported while her application for Indian citizenship was pending.

Justice S.S. Sundar directed the authorities concerned to dispose of the woman’s application based on merits and in accordance with the law.

The woman said that she married Kurumbiah Karuppiah, an Indian citizen, in 2003 and their marriage was registered. She had applied for Indian citizenship and got herself registered with the Foreigners Registration Officer-cum-District Superintendent of Police, Sivaganga.

The petitioner said her visa was being extended periodically. But she was apprehensive that the authorities, without disposing of her application for citizenship, were trying to deport her by taking coercive steps.

The court directed the Sivaganga Collector to forward the woman’s application in two months to the Foreigners Division, Ministry of Home Affairs, who shall dispose of the application in four months.