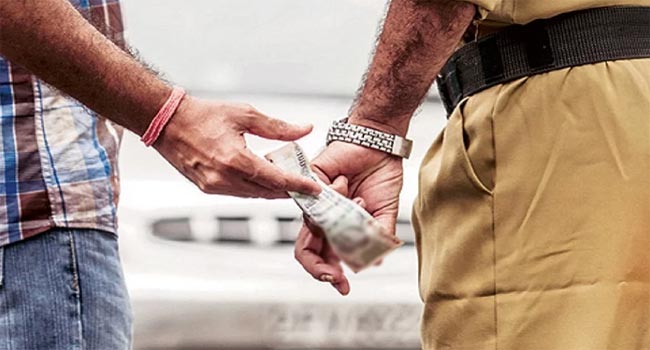 A police officer attached to the Kahawatte Police has been arrested by the Bribery Commission for allegedly accepting a bribe.

A police officer on traffic duty had been arrested in this manner, stated Police Media Division.

Reportedly, the relevant police officer had demanded a bribe of Rs 25,000 to refrain from prosecuting a lorry transporting timber.

He had first received Rs 12,500 and had been arrested by the officials of the Bribery Commission while accepting the rest of the amount.

The suspect had been presented at the Pelmadulla Magistrate’s Court and subsequently remanded until February 28.