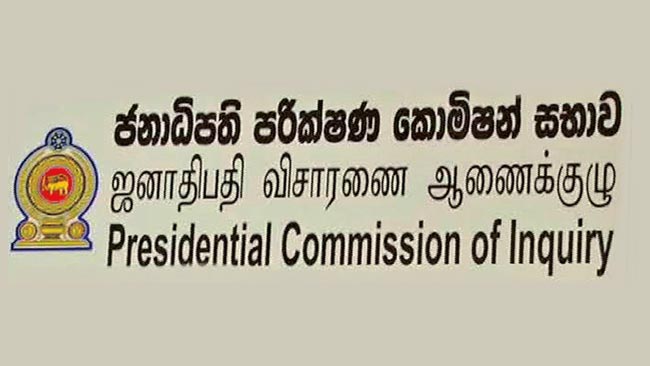 The Presidential Commission of Inquiry appointed to look into political victimization is set to commence its investigations from today (17).

Accordingly, gathering testimonials from the relevant parties will commence today.

Several naval officers had lodged a complaint with the Commission that the Criminal Investigation Department (CID), seeking revenge, had filed a case at the Colombo High Court with regard to the case of abduction and disappearance of 11 youths.

Accordingly, Rear Admiral D. K. P. Dassanayake is due to appear before the Commission today.

Further, 2 more naval officers have been summoned to appear before the commission on the 18th and 19th of February.

Meanwhile, the number of complaints received by the Presidential Commission has exceeded 200. Reportedly, 263 parties have lodged their complaints at the Commission.

Preliminary investigations into the complaints are to be initiated by the Police Unit of the Commission.