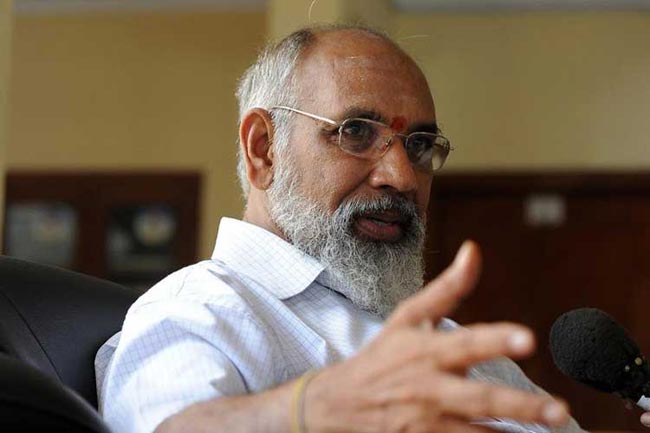 Former Chief Minister of the Northern Province C. V. Wigneswaran says he welcomes the decision of the United States to impose a travel restriction on the Commander of the Army Lieutenant General Shavendra Silva and his immediate family.

Responding to a question by a journalist, he states that he wholeheartedly applaud US Secretary of State Mike Pompeo’s decision to declare Silva persona non grata.

Wigneswaran says that the USA’s entry bar on Silva serves as an example for other countries to follow.

He said “This constructive measure further reinforces the international community’s duty to prosecute Sri Lankan personnel for acts that may constitute war crimes, crimes against humanity, and genocide. Sri Lanka has consistently asserted non-compliance with multiple resolutions of the UN Human Rights Council—which have directed it to establish a hybrid court and to try such alleged criminals.

Those who try to paint Silva as a Hero must realize that killing of innocent civilians calling them terrorists purposely and erroneously does not amount to heroism by any means.

All personnel who bear such clear allegations of criminal responsibility must have their cases heard at the International Criminal Court or any other international venue competent to try them. The authority for the international community to prosecute such crimes is enshrined both in the doctrine of universal jurisdiction –contained in Chapter VII of the UN Charter –and in the legal procedure for implementing the Rome Statute against nationals of a non-signatory state.”

Wigneswaran further said that, given the intransigence of three successive Sri Lankan administrations over more than ten years, the rule of law must now prevail.

“The Tamil People’s time for justice has come!”, he added.