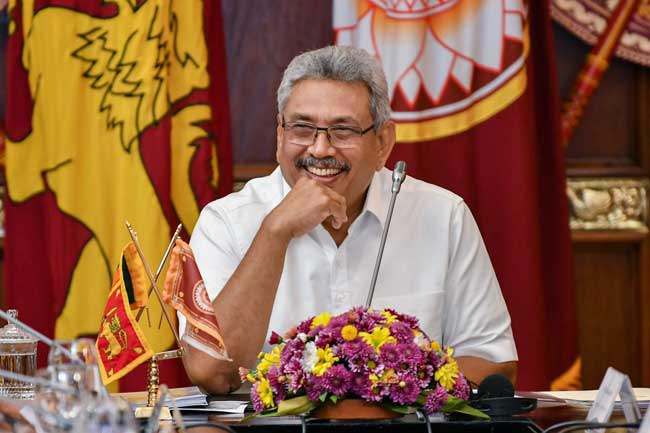 Stating that issues related to the commencement of industries and their sustainability should be identified, President Rajapaksa also highlighted the importance of exploring unique potentials in each field.

He mentioned this during a discussion with the members of the Inter-Ministerial Task Force on Industries and Entrepreneur Development held at the Presidential Secretariat today (17), stated President’s Media Division.

The representatives and investors expressed their concerns on tax and issues they face at the Customs, as well as environmental obligations.

“Environmental and other issues posed by various parties even at the proper commencement of industries are a major hindrance to the development of the country. It is the responsibility of every section to support investment opportunities for the betterment of the country”, President said.

Minister Wimal Weerawansa, State Minister Dayasiri Jayasekara, Secretary to the President Dr. P. B. Jayasundara and several other Ministry officials were present at the discussion.