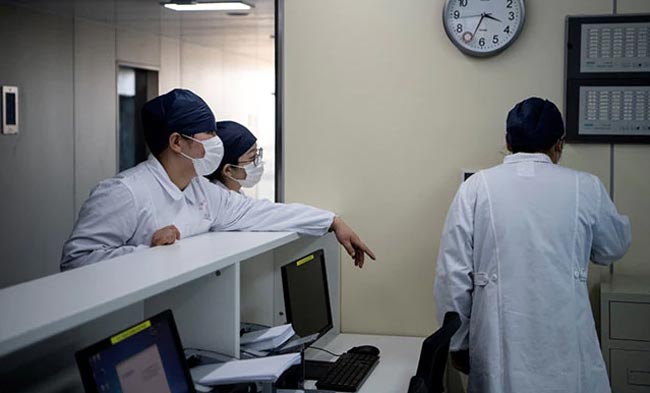 The death toll from China’s coronavirus epidemic climbed to 1,868 today as 98 more people died while the total number of confirmed cases jumped to 72,436, officials said.

Of the new deaths, 93 were reported from Hubei Province, the epicenter of the virus, three from Henan, and one each from Hebei and Hunan said the National Health Commission.

Hubei reported 1,807 new confirmed cases, taking the total number of such cases to 59,989 in the province. Another 1,432 new suspected cases were reported from the rest of China.

A hospital director at the epicenter of China’s virus epidemic died Tuesday, state media said, the latest medical worker to fall victim to the coronavirus which has spread across the country.

Liu Zhiming, the director of Wuchang Hospital in Wuhan, died Tuesday morning after “all-out rescue efforts failed,” state broadcaster CCTV reported. He is the first known hospital director to have died from the coronavirus.

Meanwhile, China will accept applications for exemptions from trade-war tariffs on imports of US medical equipment from March 2, the government said today, as the country battles to contain the new coronavirus epidemic.

Products that qualify include patient monitors, blood transfusion equipment and instruments to measure blood pressure, according to a list released by the Customs Tariff Commission of the State Council.

Japan has now completed Coronavirus testing for the quarantined ship, ‘Diamond Princess’. All passengers and crew onboard a ship quarantined off Japan have now been tested for the new coronavirus, the government said today, as more countries moved to evacuate citizens from the boat.

South Korea became the latest to announce it would remove its citizens from the Diamond Princess, where more than 400 people have tested positive for COVID-19.