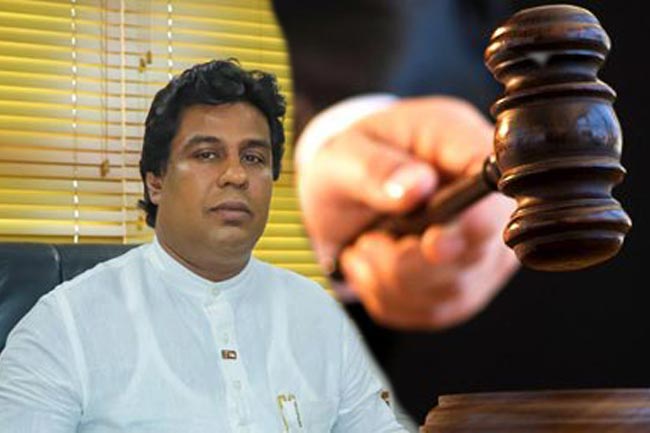 The arrest warrant issued on the United People’s Freedom Alliance (UPFA) MP Jayantha Samaraweera has been recalled as the parliamentarian had appeared before the court today (18).

Reportedly, the MP Samaraweera had appeared before the Colombo Magistrate’s Court this morning through his attorneys.

The attorney representing Samaraweera informed the court that his client was unable to appear before the court on time yesterday (17) due to a delay caused by heavy traffic. The parliamentarian expresses his regrets to the court with regard to the matter, further pointed out the attorney.

Colombo Chief Magistrate Lanka Jayaratne, considering the points made by the attorney, issued a court order recalling the arrest warrant issued on the parliamentarian.

Further, MP Samaraweera was ordered to be released on an additional surety bail of Rs 7,500 and was advised to appear at the court on the next date of the hearing.

Cinnamon Garden Police filed a case against 7 individuals including the National Freedom Front (NFF) MP Jayantha Samaraweera for obstructing traffic and causing inconvenience to the public during a protest campaign in 2016 against the visit of UN High Commissioner for Human Rights Zeid Ra’ad Al Hussein, outside the UN Office.

However, as the parliamentarian failed to appear before the court when the case was taken up for hearing yesterday (17), Colombo Chief Magistrate issued an arrest warrant on the MP.