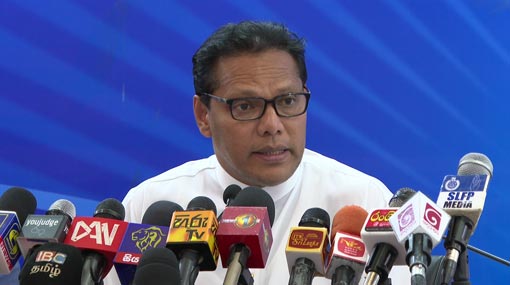 Govt. to withdraw from UNHRC resolutions

The government is reportedly looking into withdrawing from the United Nations Human Rights Council (UNHRC) resolutions co-sponsored by Sri Lanka.

A special discussion on the matter had been held yesterday (17) with the participation of Minister of Foreign Affairs Dinesh Gunawardena and several other officials of the Foreign Ministry.

State Minister Dayasiri Jayasekara speaking at a press conference today (18) stated that several proposals were made to withdraw from the resolutions.

Accordingly, the government will look into withdrawing from the UNHRC resolutions 30/1 and 40/1, which were co-sponsored by the past government in 2015 and 2016.

Jayasekara stated that the past government has entered into the resolutions without notifying either the Cabinet of Ministers or the Parliament.

As a result, a human rights violation crisis is faced by Army Commander Lieutenant General Shavendra Silva as per the report by Yasmin Sooka in 2015, he further said.