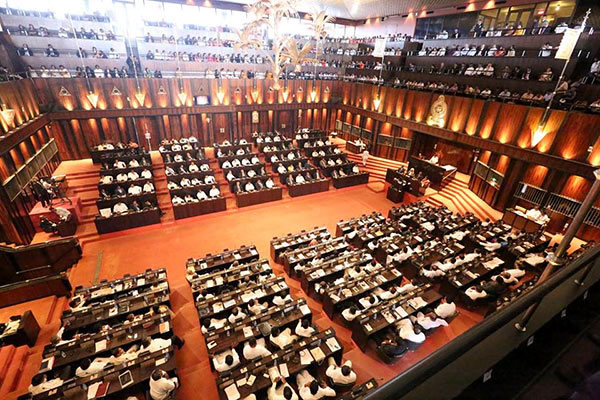 The report of the Committee on Public Accounts (CoPA) on 844 institutions of State, Provincial Councils and Local Government for the Fiscal Year of 2018, was tabled in Parliament today (18) by its Chairman, State Minister Lasantha Alagiyawanna.

That report consists of over 800 pages, according to the Department of Communication of the Parliament.

Public Accounting Systems, Financial Control and performance of Government Institutions are annually evaluated by a computer networking system and the report that was prepared accordingly was tabled by the Chairman.

According to the computer networking system in evaluating the State, Provincial Councils and Local Government institutions functioning under the direction of the Committee on Public Accounts, nearly 110 organizations which have achieved a high performance will be presented with awards at the Parliamentary Complex under the patronage of President Gotabaya Rajapaksa on the 28th of February 2020.

Under a concept of the Committee on Public Accounts of the 8th Parliament, a Computer Networking System to Evaluate the State, Provincial Councils and Local Government commenced in the year of 2016 based on the fiscal year of 2015 with a mission of streamlining financial and performance aspects of Government Institutions.

The previous Awards Ceremonies to recognize the government institutions that have achieved a high performance was held under the patronage of the former President, Prime Minister and the Speaker of Parliament.