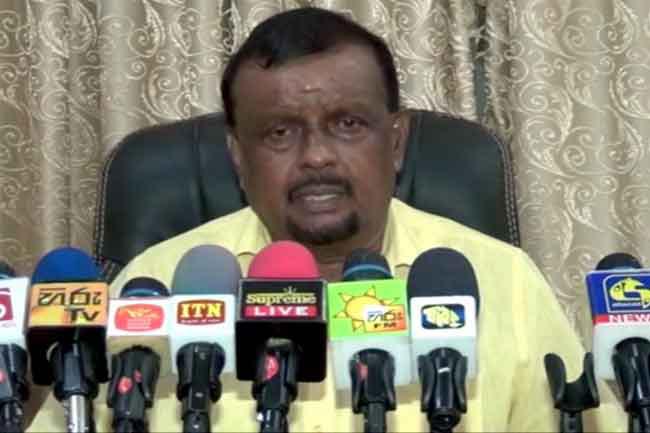 Some SLFPers have no respect for SLPP  SM Chandrasena

Although the Sri Lanka Podujana Peramuna (SLPP) and the Sri Lanka Freedom Party (SLFP) will contest the election under the alliance Sri Lanka Nidahas Podujana Sandanaya, it is the people’s duty to elect the correct persons, says Minister S. M. Chandrasena.

However, he doesn’t mean that an alliance with the SLFP is bad, Chandrasena addressing a press conference held in Anuradhapura.

Pointing out that over 10 parties have entered into an alliance with the SLPP, the Minister said that he is happy about it. This would result in a great victory at the upcoming general election, he added.

Meanwhile, it is observed that SLFP leaders in some districts act with no respect to SLPP or its senior members, claims Chandrasena.

The minister says that he hopes the voters will show them a proper response at the general election.