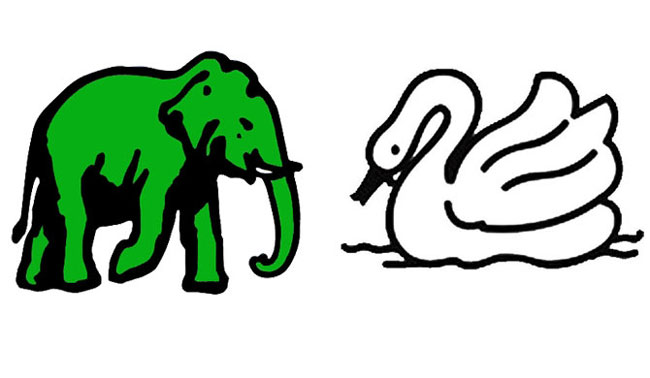 He revealed this while speaking to reporters following the UNP meeting held this evening (18) at party headquarters - Sirikotha.

Dissanayake stated that the approval of the UNP working committee will be sought tomorrow (19) and that the issues which had existed ended today.

He added that Opposition Leader Sajith Premadasa will be the leader of the alliance.

Both factions of the party had reportedly agreed on contesting the upcoming parliamentary poll under the symbol of the ‘Swan’, the same symbol Premadasa had contested the Presidential Election under.

Last month, the UNP Working Committee decided to name Sajith Premadasa as the Leader of the UNP-led alliance and the Prime Ministerial candidate.

It had been decided that Premadasa would lead the election campaign of the UNP-led alliance at the upcoming General Election while former Prime Minister Ranil Wickremesinghe will continue as the Leader of the UNP.

However, a dispute had arisen within the party regarding the symbol the alliance would contest under.

The Parliament is expected to be dissolve at the beginning of March this year with elections likely to be held in April.