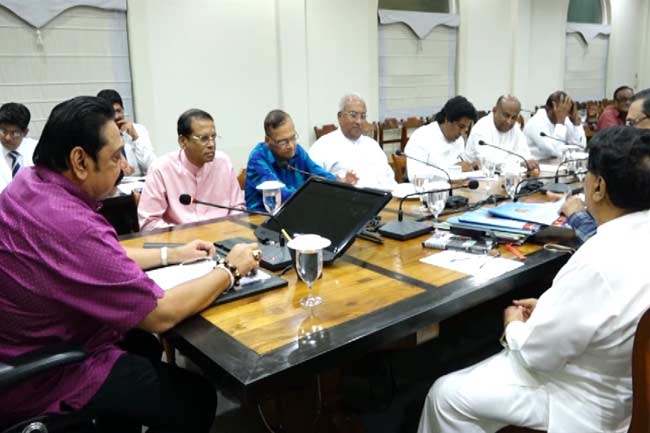 A special discussion between Prime Minister Mahinda Rajapaksa and former President Maithripala Sirisena was held this evening at Temple Trees.

The meeting was also attended by senior members of the Sri Lanka Podujana Peramuna (SLPP) and the Sri Lanka Freedom Party (SLFP).

The prevailing political situation in the country and the forthcoming General Election were among the topics of today’s discussion, according to sources.

SLPP led by Rajapaksa and Sirisena’s SLFP have decided to contest the general election under the alliance - “Sri Lanka Nidahas Podujana Sandanaya”.

Prime Minister Mahinda Rajapaksa has been named as the Leader of the alliance while former President Maithripala Sirisena will serve as its Chairman.