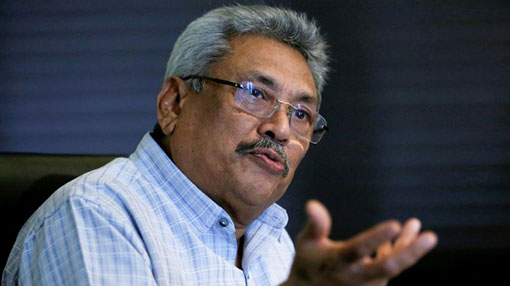 President Gotabaya Rajapaksa has directed all Provincial Councils and Local Authorities to suspend the imposition of any extra levy or raising any existing rates or taxes.

Furthermore, these bodies have been requested to review the entire local authority rate and fees structure to simplify it within 30 days from to date (19), the President’s Media Division reported.

The Presidential directive has been conveyed to all Governors and Chief Secretaries by Dr. P. B. Jayasundara, Secretary to the President.

Dr. Jayasundara says, in his communiqué, that the government is striving to simply country’s entire tax and non-tax system. This effort has several aims such as making public life easy, cost of transaction less, minimize corruption and irregularities and create an environment friendly to businesses ranging from micro enterprises to large corporate activities.

“It has been observed that Provincial Councils and Local Authorities continued to expand various taxes, rates and levies undermining the Government’s overall development vision and underlying strategy”, he points out.

President’s Secretary further informs the Governors that multiple rates, taxes and fees levied by Local Authorities and Provincial Councils should be replaced by a simple, transparent and affordable levy structure to make community life easy.

“The Government appreciates the revenue concerns of devolved administration but highlights the need to be logical in fiscal devolution and revenue sharing arrangements in a coherent National Policy Framework”, he says.