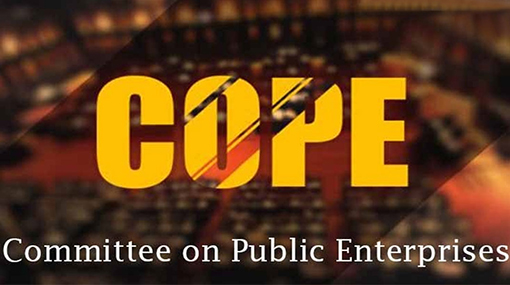 The Chairman of the Committee on Public Enterprises (COPE), MP Sunil Handunnetti has revealed that the SriLankan Airlines Airbus deal of USD 2.8 billion has been carried out without the proper consultation of the Attorney-General.

This was mentioned at the COPE meeting held today (19) under the Chairmanship of MP Sunil Handunnetti at the Parliament Complex.

Accordingly, the attention of the Committee was drawn upon the incompetence and inability of SriLankan Airlines in obtaining formal approval, adhering with the proper procurement process and obtaining the requisite consultation service for the termination of the agreement on Aircraft.

The Committee revealed that a sum of USD 375 million had been provided by the government and a sum of USD 355.5 million therefrom had been utilized under the approval of the Cabinet to settle the loans owed to the Ceylon Petroleum Corporation. Given the statistics, the Sri Lankan Airlines high officials were questioned by the committee as to why Sri Lankan Airlines Limited entered into an agreement of an estimate of USD 2.8 billion with only a sum of USD 19.5 remaining.

Furthermore, the COPE expressed its displeasure over Sri Lankan Airlines having to pay an amount of USD 115.77 million in compensation as a result of not incorporating a termination clause into the agreement.

While emphasizing that changes in the Board of Directors from time to time is by no means an exemption from the collective responsibility for such irregularities, the COPE Chairman directed the Auditor General to bring the matter to the attention of the Attorney General.