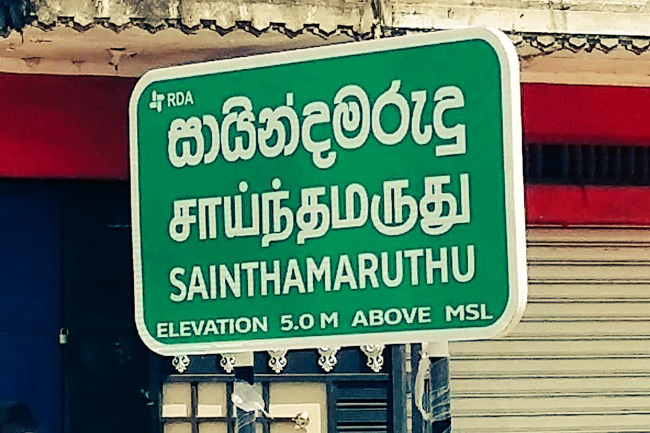 As the Cabinet of Ministers has failed to approve the decision to establish a separate Urban Council for Sainthamaruthu, the extraordinary gazette notification issued in this regard will become invalid, says the Cabinet Spokesperson Minister Bandula Gunawardana.

Addressing the media briefing this morning (20), the Minister stated that this was decided during the Cabinet meeting held yesterday.

The proposal to establish a separate urban council for Sainthamaruthu was tabled by then-Minister Faiszer Musthapha in 2018, the Minister added.

This proposal was not approved by the Cabinet of Ministers as there are other parts of the country with similar requirements.

Accordingly, the Cabinet has decided to temporarily suspend proceeding with the proposal tabled by the former Minister, the Cabinet Spokesperson continued.

The Extraordinary Gazette notification for the establishment of a new separate urban council for Sainthamaruthu was issued last Friday (14).