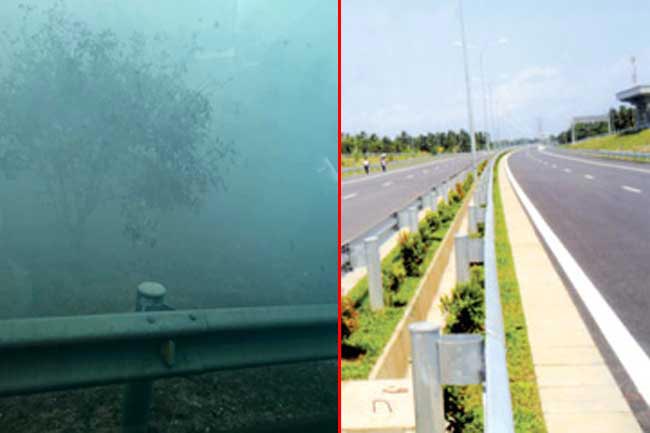 Katunayake highway closed off due to spreading smoke

The Katunayake-Colombo Expressway has been temporarily closed off between Katunayake and Ja-Ela, stated the Road Development Authority (RDA).

This measure has been taken due to a cloud of smoke spreading hindering the motorists on the expressway.

The smoke has been caused by a bushfire in Seeduwa, between the 18th and the 19th mileposts on the expressway.