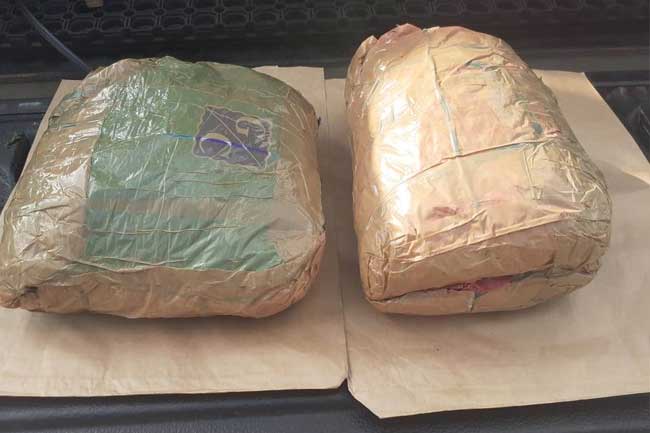 The Navy managed to seize 3kg and 500g of Kerala cannabis, during a combined operation conducted with the Excise Department in Maradankeni, Jaffna.

Accordingly, naval personnel attached to the Northern Naval Command was able to find 02 suspicious parcels cast aside in the general area of Maradankeni, during a coordinated search conducted with the Chankani Excise Station on Wednesday (19).

The parcels contained 3kg and 500g of Kerala cannabis which were subsequently taken into custody.

The consignment of cannabis is believed to have been cast off by suspects in fear of continuous search operations being conducted in the area by Navy.

The Chankani Excise Station is conducting further investigation into the incident.