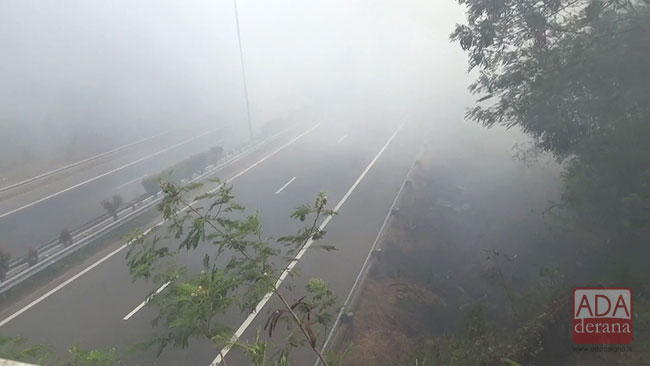 UPDATE (5.44 pm): The section between Peliyagoda and Ja-Ela on the Katunayake-Colombo expressway has been reopened for traffic, stated the Police.

The Katunayake-Colombo Expressway has been closed off until further notice due to low visibility caused by smoke from a fire in the area, police said.

This decision has been taken owing to a bush fire near the road section from R 17.2  to 18.1 of the lane towards Colombo.

Therefore police had decided to temporarily close the section of road between Ja-Ela interchange and Katunayake interchange on the expressway.

Police said that smoke emanating from the fire has now spread throughout the area, severely hampering the traffic movement on the expressway.

Therefore a decision was taken to close off the Colombo-Katunayake for traffic until further notice, police said.