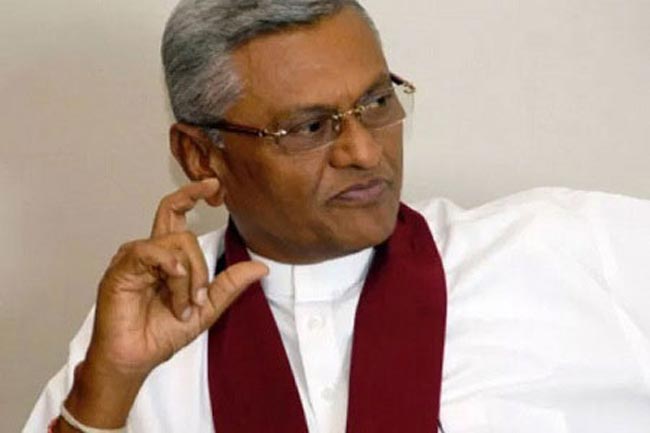 A person who had allegedly messaged death threats to Minister Chamal Rajapaksa has been arrested by the Colombo Crimes Division (CCD) at Rajagiriya today (20).

Reportedly, the suspect had sent a text message to the minister’s phone threatening to stab the minister to death.

A special inquiry by the CCD had led to the arrest of an employee of a private security firm.

Investigations have revealed that the suspect had previously sent similar threatening messages to several other people as well.

The suspect is currently being interrogated under detention orders and the CCD is carrying out further investigations.