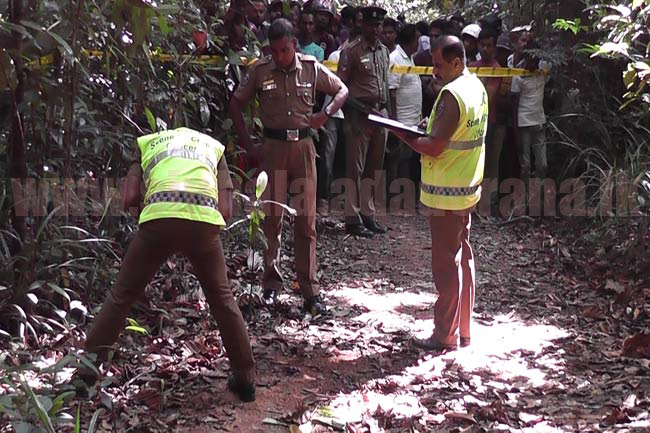 The body of the police constable, who was reported missing from Kadawatha area since Monday (17), has been found in Werahera, Pannala.

A suspect has been arrested over the alleged murder of the constable.

On the 18th of February, three police teams were deployed in Kankanimulla woods in Kuliyapitiya area in search of a missing constable attached to the Kadawatha Police.

During the search operation, several bloodstains were discovered, however, neither the body of the constable nor any of his belongings were not found.

The deceased was identified as a 37-year-old father of two from Weeraketiya area, who had been serving at the Kadawatha Police as a constable driver.

According to reports, this constable had been involved in an extramarital affair with a woman from Kadawatha area and her son is suspected to have murdered him.