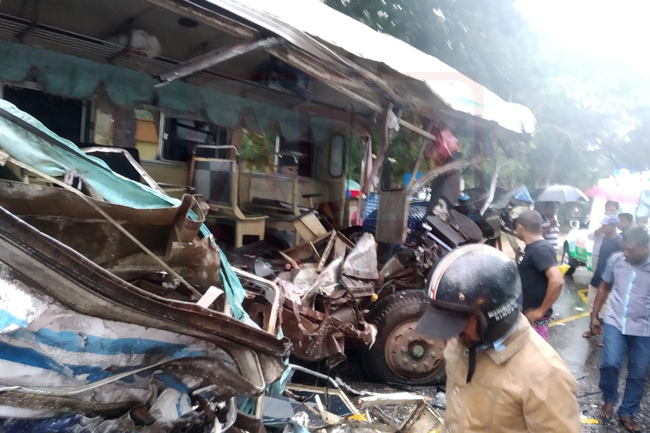 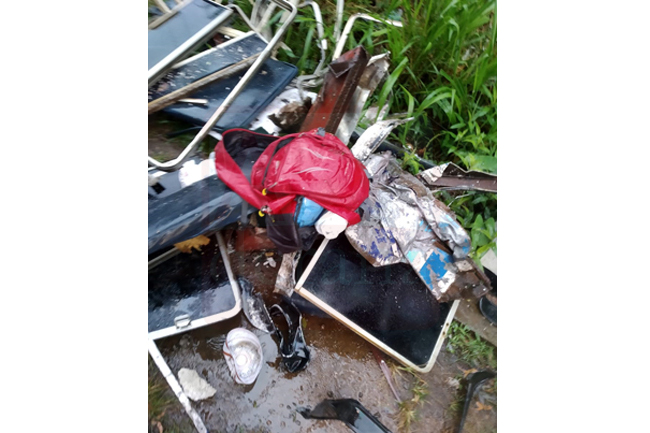 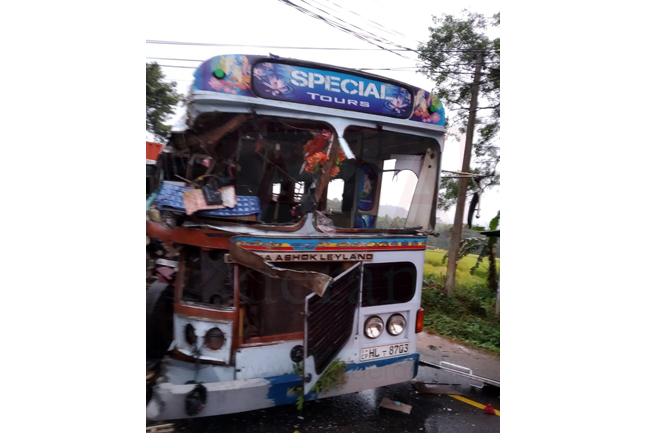 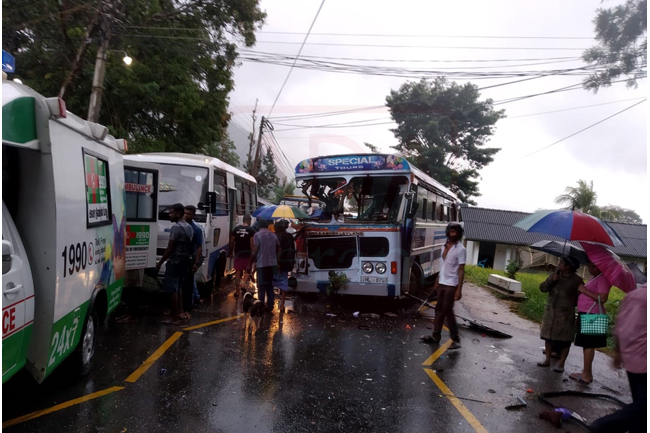 Child killed, many injured in head-on bus collision in Matale

A 12-year-old child and a woman have died while many others were injured in a fatal head-on collision between two private buses on the A-9 road at Nalanda area in Naula, Matale.

A bus carrying pilgrims from Dambulla to Sri Pada had collided head on with another bus, that had been en route to Batticaloa from Kandy, while overtaking a lorry, which collided with rear-end of the bus immediately after the crash.

Approximately 50 passengers had been inside the two buses at the time of the accident while 40 of them sustained injuries. The child who was killed in the accident was reportedly inside the bus carrying pilgrims.

The injured passengers have been admitted to Dambulla, Matale and Nalanda hospitals.

Seven critically injured passengers have been transferred to the Matale District General Hosptial.

The police added that the road had been slippery owing to the light rainfall in the area at the time.

Naula Police is conducting further investigations into the incident.