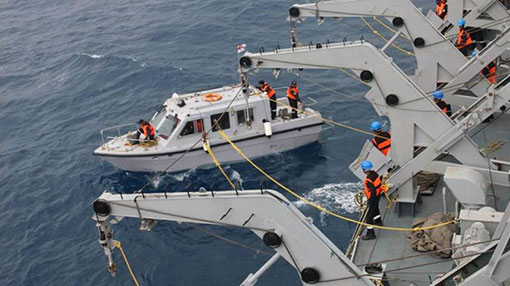 A team of Sri Lankan Navy hydrographers including officers and sailors have also embarked on board for the duration of the survey.

Over the last ten days, the ship has undertaken several survey activities as part of the Foreign Cooperation Survey along with the Sri Lanka Navy hydrographers. A detached survey camp comprising sailors from Indian and Sri Lankan Navy have been undertaking observation round the clock.

The detached survey camp is also tasked for fixing of navigational aids and delineation of high water line. The ship’s helicopter was also utilised for the survey operations, an official press release said.