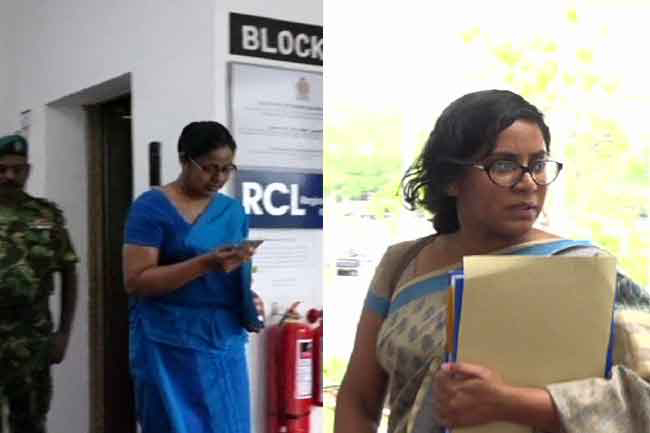 It was revealed before the Presidential Commission of Inquiry Probing the Easter Sunday Attacks that back in 2016, a letter from Turkey had notified the Ministry of Foreign Relations of the presence of ‘FETO’ terrorists in Sri Lanka.

The attention of the Presidential Commission was centred on the 121-paged letter sent by the Turkish Ambassador to Sri Lanka, Tunca Özçuhadar, on the 24th of August 2016 noting that a group of individuals belonging to the Turkish terror group ‘FETO’ arriving in Sri Lanka.

Testifying before the Commission, Jayawardane admitted that this letter was received by the Ministry of Foreign Affairs.

She added that the current Foreign Secretary Ravinatha Aryasinghe was serving as the Secretary of the Foreign Ministry’s Counter Terrorism Unit at the time.

The PCoI then inquired as to why the letter was directed to the Western Unit of the ministry instead of forwarding it to the Counter Terrorism Unit. Jayawardane responded that the file forwarded to the Director General of the Western Unit was sent to the Counter Terrorism Unit at the Ministry of Defence on the day 30th of April 2019 following the terrorist bombings on Easter Sunday.

The Commission then expressed its amazement over the file being directed on the same day as then-State Minister of Foreign Affairs Wasantha Senanaake addressed a media briefing on the matter after no action being taken over the file for so long.

Jayawardane added that the Secretary in charge of Law and Order Unit at the Defence Ministry was made aware of the letter sent by Turkey.

When the PCoI questioned the Acting Additional Secretary of Law and Order Unit at Defence Ministry, she stated that the letter warning of the presence of ‘FETO’ terrorists in Sri Lanka was received by the coordinator at the Foreign Ministry, a senior superintendent of police, on the 24th of August 2016. She identified him as Warna Jayasundara, who was also the coordinating secretary of the Foreign Secretary.

She added that the 121-paged letter was sent to Inspector General of Police (IGP) Pujith Jayasundara for appropriate action to be taken on the matter.

When further questioned, Peiris stated that the IGP had requested observations on the content of the letter.

Peiris has stated that she cannot attest to the accuracy of the procedure since the notification was done via coordinating officer and not the Foreign Secretary.

The Defence Ministry enquired the matter from the IGP on the 2nd of February this year and its reply had come under the signature of DIG Ajith Rohana on February 12, she added, noting that information in this regard was later sent to the State Intelligence Service.