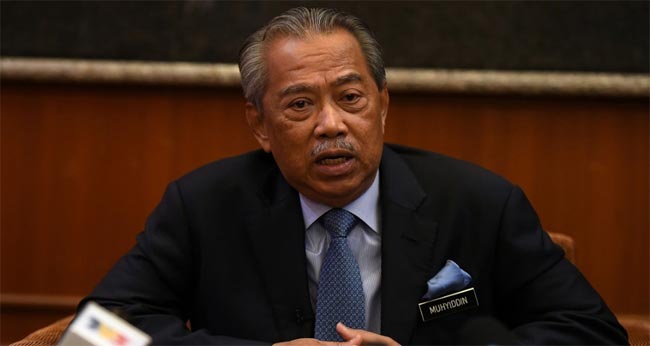 The Malaysian Minister of Home Affairs Tan Sri Muhyiddin Yassin the Malaysian government will continue to maintain the Liberation of Tamil Tigers Elam (LTTE) in the country’s list of terrorist groups.

The Attorney General has no power under the law to interfere in the matters of the Home Minister, says Tan Sri Muhyiddin Yassin.

The Home Minister said the inclusion of the LTTE in the list of terrorist groups is under the purview of the Home Minister, as stated in the laws of the country.

“For the record, besides Malaysia, other countries have also declared and maintained LTTE as a terror group in their list of terror groups.

“This includes India, Canada, the United States and the United Kingdom,” he said in a statement.

Muhyiddin said this in response to Attorney General Tommy Thomas, who had, on Friday (Feb 21), dropped the charges against 12 Malaysian men who were accused of being involved with the now-defunct Liberation Tigers of Tamil Eelam (LTTE), Star reports.

Tommy had said that mere idol-worshipping does not constitute a crime, adding that there is “no realistic prospect of conviction for the dozen accused on any of the 34 charges”.

Muhyiddin said that the government had gazetted LTTE as a terrorist organisation in Nov 2014, and that based on the latest information from the authorities, he had sufficient proof to maintain them in the list.

“This group is believed to have an ideology that can cause a threat to the safety of the public and the country. Therefore, it is the duty of the authorities to take action according to the law to contain the spread of any ideology and activities related to the group, “ he said.

Muhyiddin said the listing of the LTTE was made under Section 66B (1) of the Anti-Money Laundering, Anti-Terrorism Financing and Proceeds From Illegal Activities 2001.

“The listing of the entity is based on the latest intelligence from the authorities such as the police and other agencies, “ he said.

Among them were two DAP politicians – Melaka executive councillor G. Saminathan, who is the Gadek assemblyman, and Seremban Jaya assemblyman P. Gunasekaran.

Sri Lanka was embroiled in a 26-year civil war between the LTTE and the military, which ended when the military defeated the LTTE in May 2009.

However, over the years, there have been several arrests by authorities against individuals said to be supporting the LTTE, which was labelled a terrorist organisation in Malaysia under the Anti-Money Laundering, Anti-Terrorism Financing and Proceeds of Unlawful Activities Act in February 2014.

Sri Lanka, the United States, Canada, India and the European Union have also labelled the LTTE a terrorist group.