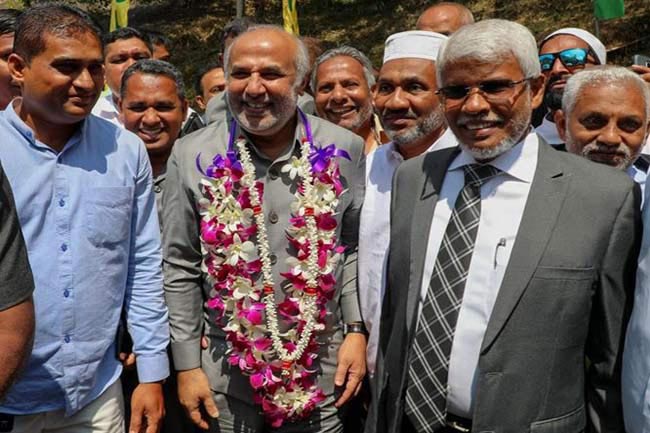 Hakeem on a broader coalition between minority parties, JVP

Minority parties, as well as civil organizations, have come together to form a broad coalition to collectively deal with anti-democratic actions being carried out against minority parties, states the Leader of the Sri Lanka Muslim Congress (SLMC) MP Rauff Hakeem.

The MP made this statement addressing the 29th National Representatives Conference of SLMC.

If any force believes that the minority or minority parties can be eliminated, the SLMC will always come forward to fight against it, he said.

Hakeem stated that plans are already underway to form an open alliance with the Tamil National Alliance (TNA), Janatha Vimukthi Peramuna (JVP), and civil organizations that agree with their policies.

He says that preliminary discussions with this regard already been conducted and that this will be made into a greater force in the near future.