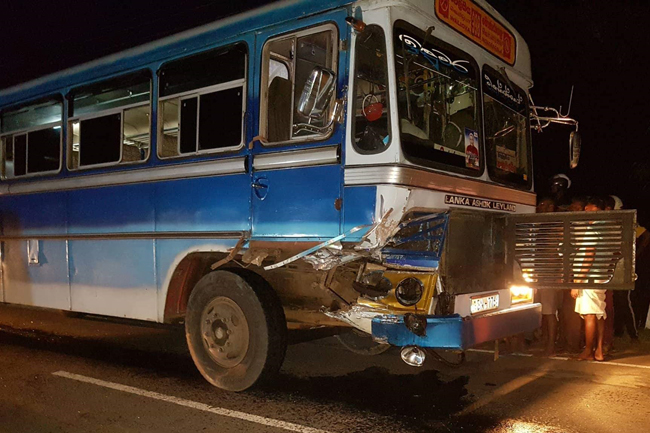 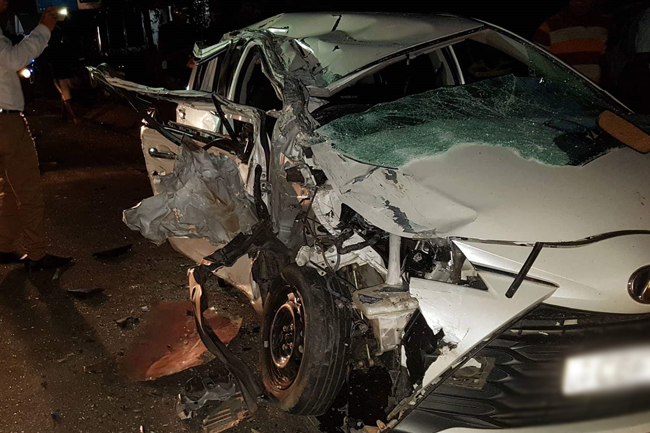 One killed, three including pregnant mother critical in fatal accident

A man has died while three others sustained critical injuries in a fatal motor accident that took place near Telulla area on Wellawaya- Thanamalwila main road.

A bus had collided against a car carrying five persons from the same family including a child and a pregnant mother.

The driver of the car, identified as a 35-year-old from Handapanagala, Wellawaya, succumbed to injuries.

According to reports, the pregnant mother is among the critically injured.

The injured persons were initially admitted to the Wellawaya Base Hospital and later transferred to the Monaragala District General Hospital.

The police said the accident was caused by the bus driver’s irresponsible driving behaviour.

He has been placed under arrest and will be produced before Wellawaya Magistrate’s Court today (25).

Uva-Kuda Oya Police is conducting further investigations into the incident.