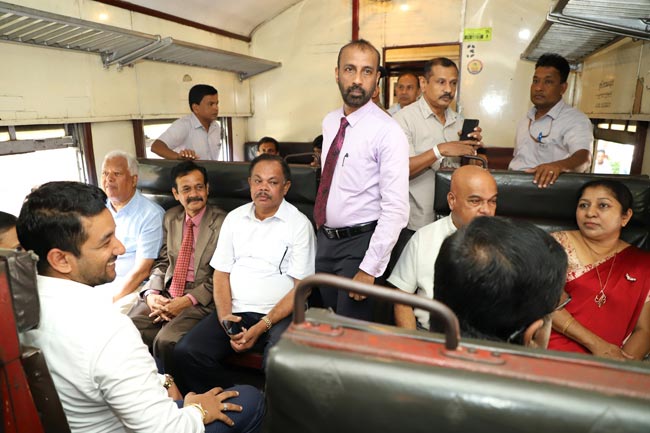 Measures have been taken to deploy a new office train as a solution for the heavy traffic in Pilimatalawa-Kandy-Wattegama towns during the office hours.

The inauguration ceremony was held yesterday (24) under the patronage of Central Provincial Governor, Attorney at Law Lalith U. Gamage.

Addressing the event, the Governor stated that the relevant arrangements were made for the convenience of the public and as a solution to the traffic congestion in the city.

The Governor and the delegation arrived on the train from Pilimatalawa to Kandy to mark the occasion.