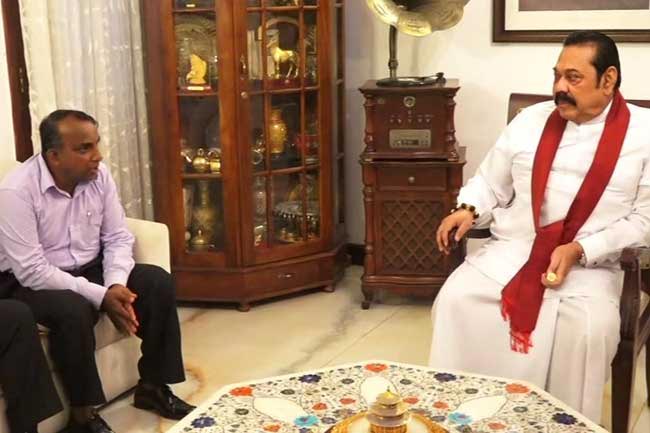 Prime Minister Mahinda Rajapaksa has assured that he will not appoint those who lost at the polls to the parliament through the national list, says Rohana Hettiarachchi, the Convener of the March 12 Movement.

Members of the March 12 Movement expressed these views to the media following a meeting with the Prime Minister today (25).

Hettiarachchi stated that they made a request to the Prime Minister to nominate persons with vision and skill to the lists at the upcoming parliamentary election.

Further, the Movement had also spoken to the Premier on bringing onboard persons who lost the election through national list and youth and female representation at the parliament.

However, Prime Minister Rajapaksa has stated that losers will not be brought to the parliament under his leadership, said Hettiarachchi.