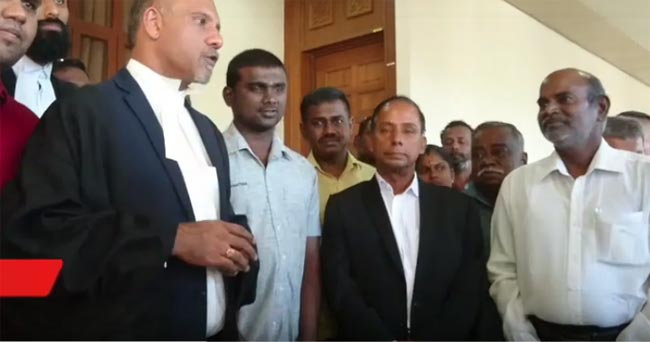 Eight individuals, including a Malaysian politician, were freed by the Malaysian High Court today of charges linked to the now-defunct terror group Liberation Tigers of Tamil Eelam (LTTE).

High Court judges Collin Lawrence Sequerah and Muhammad Jamil Husin and judicial commissioners Aslam Zainuddin and Ahmad Shahrir Mohd Salleh granted the acquittal orders after the prosecution told the courts they did not wish to proceed with the cases.

They had been charged with supporting LTTE and possessing items related to it.

Last week, Attorney-General Tommy Thomas said he was discontinuing the charges against 12 individuals, adding that there was “no realistic prospect” for their conviction under any of the 34 charges brought against them.

“Millions of people across the globe admire Lenin, Stalin, Mao Tse Tung or Che Guevara, and the like. Having their photos and other representations in one’s mobile phone or on a Facebook account does not transform one to being a terrorist,” Thomas had said.

“Just because each of these leaders used terror or violence to achieve their political goals does not mean that an ardent supporter online should be regarded as a terrorist or is planning a terrorist act.

“That is the common theme of all the 12 LTTE accused. Each of them had in his mobile phone or Facebook account photos of Velupillai Prabhakaran and other leaders of LTTE slain during the civil war in Sri Lanka.”