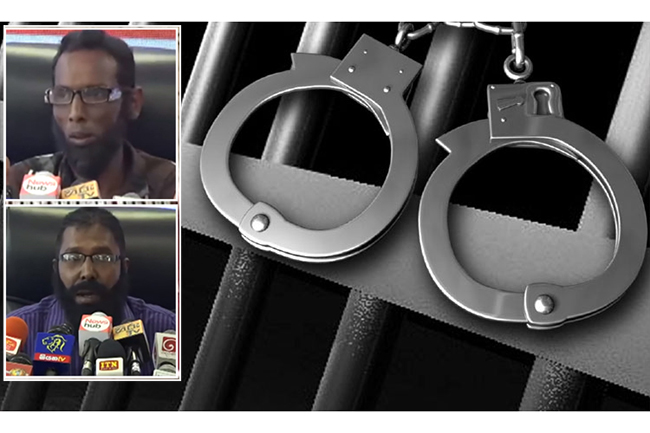 Ten suspects have been arrested over a robbery of cash amounting to Rs. 4.4 million which had taken place on February 02 in the Gampaha area.

Police have also taken into custody a T-56 assault rifle and several other weapons found in the possession of the arrested suspects.

The police said the suspects include the two individuals who were involved in the controversial “white van” media conference conducted by former Minister Rajitha Senaratne last year.

The individuals in question had previously been arrested over the controversial media conference held in the run up to the presidential election, in which they had made certain allegation pertaining to “white van” abductions.

The two suspects, Anthony Douglas Fernando and Athula Sanjeewa, had been released on bail on January 06.