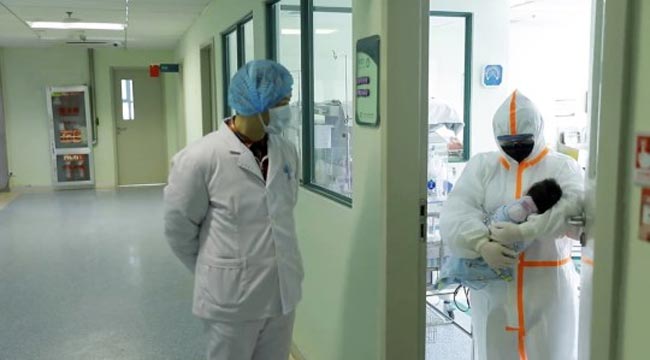 Doctors in China have announced that a 17-day-old baby who tested positive for the coronavirus at birth earlier this month has been cured.

The state-controlled newspaper People’s Daily reported that the baby girl, named Xiaoxiao, was rushed to the neonatal unit at Wuhan Children’s Hospital just hours after being born on February 5.

Her mother had already tested positive to the disease, now called COVID-19, just prior to the birth and was suffering a severe chest infection.

The infant was also subsequently diagnosed four days after being born, news.com.au reported.

Baby Xiaoxiao received around-the-clock care in isolation and developed no acute symptoms as a result of the disease.

“Her heart was a bit weak, but we treated that,” Wuhan Children’s Hospital physician Dr Zeng told state media.

“Because the novel coronavirus is new, it is not entirely clear how newborns are affected. We must also be very careful when administering antiviral drugs to newborns.”

While nervous about the high potential for the newborn’s condition to worsen, doctors adopted a wait-and-see approach after weighing up the risks.

“As her condition did not appear to significantly worsen, we did not prescribe any particular antiviral medicines,” Zeng said.