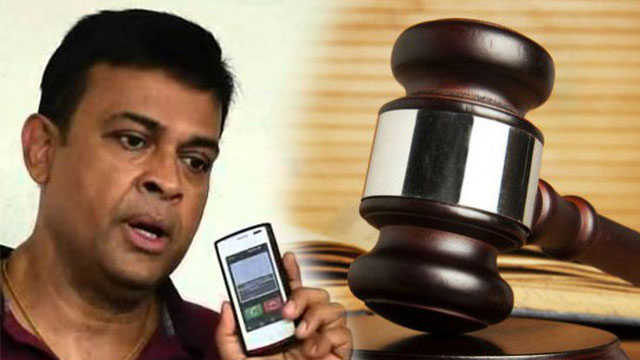 The Government Analyst’s Department today informed the Nugegoda Magistrate’s Court that the voice on the audio clips broadcast over various media outlets matches the voice of MP Ranjan Ramanayake.

The Nugegoda Magistrate’s Court last month ordered the Government Analyst to obtain copies of the CDs containing audio clips of MP Ranjan Ramanayake’s phone conversations and data reports of the laptop and hard disk found in his house.

The Government Analyst’s Department subsequently commenced investigations on the recordings of the MP’s controversial telephone conversations.

On January 15, the court ordered the Prisons Commissioner to produce Ramanayake before the Government’s Analyst for a voice test.

On February 07, the parliamentarian, who was in remand custody, was produced before the Government Analyst for the voice test.

Several recorded phone conversations between United National Party (UNP) MP Ranjan Ramanayake and some prominent figures in the country, including former Director of the Criminal Investigation Department (CID), have been made public.

Several MPs and ministers of the government cited these voice tapes to the media and pointed out that MP Ramanayake had exerted influence on the police and the judiciary.