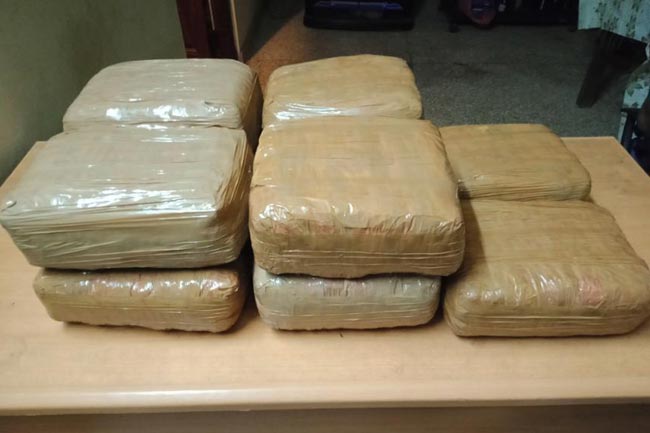 Over 21 kg of Kerala Cannabis recovered in Point Pedro

The Sri Lanka Navy, in coordination with Excise Station Department in Shankane, recovered a stock of Kerala Cannabis at the Thambalai area in Point Pedro.

Along with the Cannabis, a suspect and a motorbike, too, were apprehended by the Navy.

The arrest was made yesterday (25) at a joint search conducted by the Navy and Excise Station in Shankane.

Reportedly, 21 kg and 510 g of Kerala Cannabis have been found while hidden in a shrubby land.

The apprehended suspect has been identified as a resident of Anthonypuram in Palali, stated Sri Lanka Navy.

Further investigation on the haul of Kerala cannabis, suspect and motorbike, is conducted by Excise Station of Shankane.