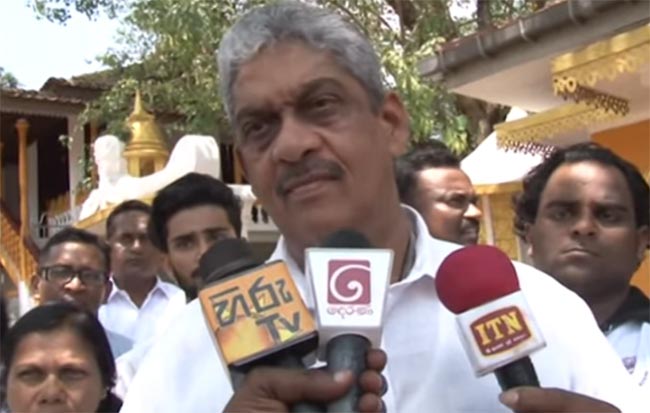 Ranil will come to parliament by national list - Fonseka

Speaking to the media following an event held in Ragama, yesterday (26), he said that it is said that Wickremesinghe will not be contesting at the elections and if he does he has to contest under ‘Samagi Jana Balawegaya’.

However, Wickremesinghe can contest separately, if he wishes, Fonseka added.

Although there is a curiosity in the silence of the UNP Leader, several agreements were arrived at following discussions, he said.

Ranil Wickremesinghe should attend the launch of the new alliance ‘Samagi Jana Balawegaya’ as the leader of the UNP, said Fonseka.