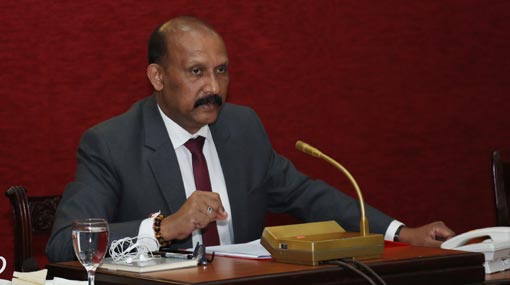 The Defence Ministry has decided to issue ‘Virusara Privilege Cards’ (VPCs) to over 200,000 security forces personnel, including families of fallen war heroes and disabled soldiers to provide them discounts from public and private sector institutions.

Over 44,500 cards have already been issued to them under the first phase. The VPCs facility provides a wide range of unique benefits to security forces personnel including the Police and Civil Security Department who were serving in the armed forces from 1983 to 2009.

The cardholders are entitled to get discounts in shopping and other services including health, education, banking, insurance and leasing from public and private institutions.

The Defence Secretary directed Maj. Gen. Senadeera to take steps to launch the third phase of distributing Virusaru cards to the selected beneficiaries on the forthcoming Ranaviru Day.

“It is heart wrenching to see disabled war veterans, who have sacrificed their lives to bring us peace are in queues to receive their medical treatments in regional hospitals”, he said.

Maj.Gen. Gunaratne tasked the RVSA’s regional directors to coordinate with District Hospitals and to ensure providing them services without any delay.

The RVSA will introduce a Virusara sticker for the listed institutions to display in respective outlets and also alert the cardholders through mobile SMS services in future.

Additional Secretary Defence Services Samanthi Weerasinghe said the validity period of Virusara cards will be extended to offer an  uninterrupted facilities to the users.

At the inaugural phase of the project in 2016, families of fallen and missing heroes and disabled personnel received their cards.

Tri-Forces, Police and Civil Defence Force personnel who served and now serving from 1983 to 2009 and families of civil servants, who were killed and became disabled in the same period had also received Virusaru cards in the previous phases.