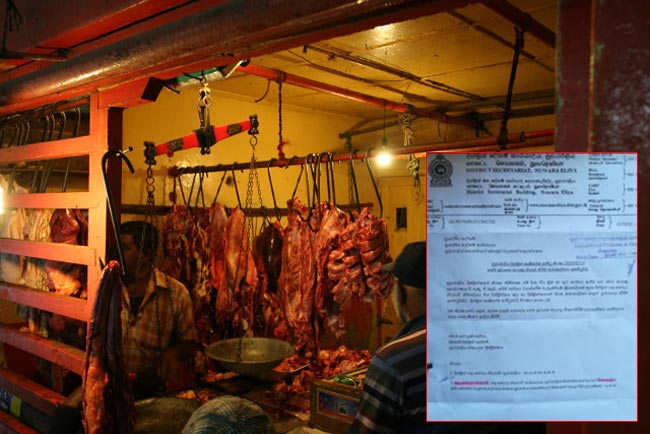 Sale of beef in Nuwara Eliya temporarily halted from tomorrow

Reportedly, it has been noticed that foot and mouth disease are spreading among cattle in several places in the Nuwara Eliya district.

In order to prevent the spread of the disease, the District Agriculture Committee has taken a decision to temporarily suspend the transport of animals within and outside the district, on the recommendation of the District Veterinary Officers.

Thereby, the licenses issued for animal transport has been suspended until further notice.

A recommendation of a veterinary is compulsory in slaughtering animals for meat. However, the relevant permit was temporarily suspended at the request of the District Secretary.

Upon these directives, all beef stalls in the Nuwara Eliya District will be temporarily closed from tomorrow (28).