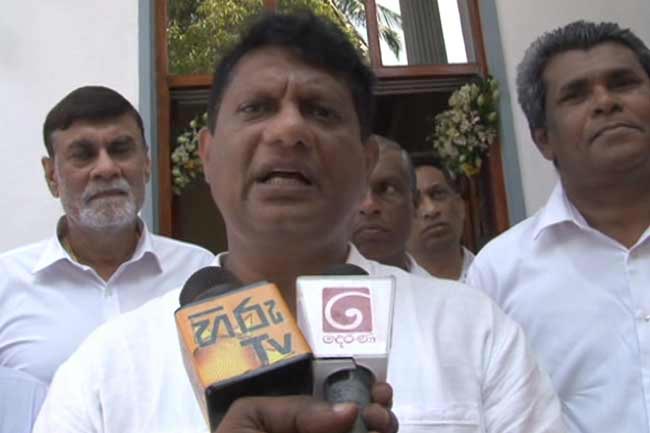 No need to fear withdrawal from UNHRC resolution  Nalaka Godahewa

There should be no fear on the withdrawal from a co-sponsored resolution, in the context where even the United States has withdrawn from the United Nations Human Rights Council (UNHRC), stated Dr. Nalaka Godahewa.

Godahewa mentioned this attending an opening ceremony held in Gampaha.

Responding to a question by a journalist on whether there could be a possibility of losing the GSP Plus concession, he stated that the past government did nothing for the country’s economic development with the GSP Plus.

Country’s 7% growth rate fell to 1.9% while the GSP plus concession was in effect, he pointed out.