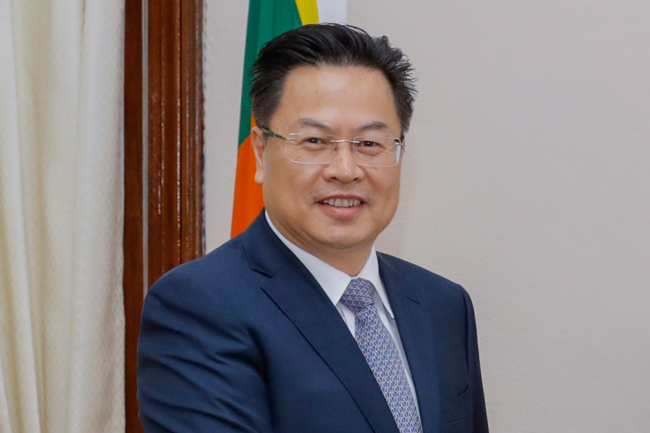 Outgoing Ambassador of China to Sri Lanka, Mr. Cheng Xueyuan has extended gratitude to both the Sri Lankan Government and its people for the support and solidarity shown to his country during the outbreak of the deadly virus, COVID-19.

Ambassador Cheng will be leaving to take up his new promotion.

Bidding farewell to President Gotabaya Rajapaksa at the Presidential Secretariat yesterday (27), the outgoing Chinese Ambassador has promised to continue the support to Sri Lanka in whatever capacity that his new post allows.

He has noted that some of his best memories in foreign services were made in Sri Lanka.

The consignment of black tea that President Rajapaksa gifted to those affected with the virus as well as the Pirith chanting that took place across the Island was recalled by Ambassador Cheng with much gratitude.

Replying to President’s inquiry, Ambassador said that the situation now in China is rapidly coming under control and now the number of infected has fallen to two digit numbers.

The President while wishing Ambassador the very best also asked him to continue to support Sri Lanka, especially in terms of initiating new projects. The Colombo-Ratnapura expressway, solar and wind powered renewable energy projects and uplifting standard of living in rural village are some of the concerns highlighted by President. The President also assured that special facilities would be offered to Port City investors. Ambassador Cheng in turn assured that Port City will see high rise buildings in about two years.