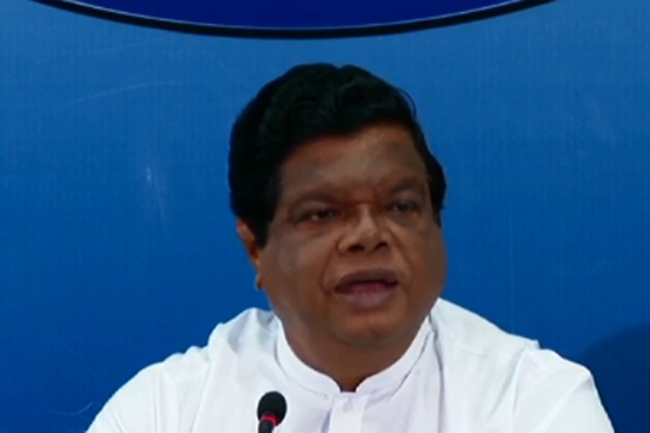 The Cabinet of Ministers has decided not to sign the Millennium Challenge Cooperation (MCC) in its present form based on the recommendations of the committee of expert appointed in this regard, says Cabinet Spokesperson Minister Bandula Gunawardana.

He stated this today (28) addressing the media briefing to announce the decision made by the Cabinet of Ministers during its recent meeting.

The committee of experts appointed to conduct a comprehensive study on the MCC agreement has concluded that it contains clauses that are not in agreement with the Constitution of Sri Lanka and are detrimental to the sovereignty of the country.

Prime Minister Mahinda Rajapaksa has tabled the interim report of the committee to the Cabinet of Ministers, Minister Gunawardana stated.

He further commented that this agreement was  devised at the discretion of the former government led by the United National Party (UNP) and not by the United States.

The government decided not to sign the agreement taking into consideration several facts concerning the MCC deal such as its obscure manner, inclusion of clauses that are against the country’s Constitution and are detrimental to its sovereignty, inclusion of clauses that can adversely affect national security and national, economic, social and cultural affairs and concerns that sprung up regarding the island nation’s sovereignty, independence and national security.

The government is willing to go into talks pertaining to the MCC agreement without its unacceptable conditions, the Minister said further, adding that the government is ready to receive subsidies from any friendly country considering the prevailing capital shortfall in the country.