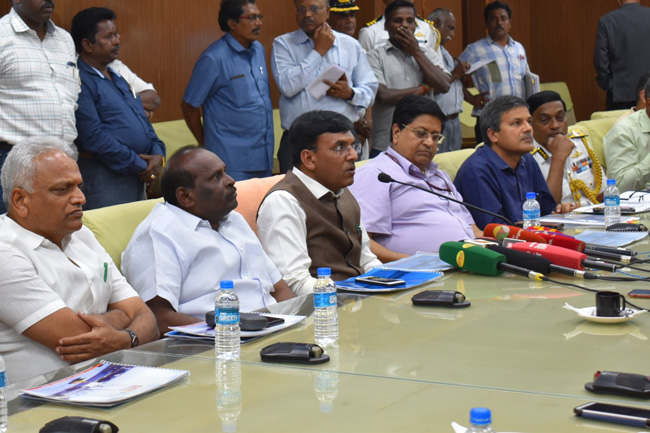 Ferry service to be launched between India & Sri Lanka

In order to promote tourism, India’s Ministry for Shipping has mooted a proposal to start ferry service between Karaikal in the Union Territory of Puducherry and Jaffna in Sri Lanka covering a distance of 56 nautical miles (103.7 kilometres).

Shortly after chairing a meeting with ministers and government officials of Puducherry, India’s Union Minister of State for Shipping Mansukh Mandaviya on Thursday addressed a press conference saying that the project is expected to take off in three to four months.

Lok Sabha MP V. Vaithilingam, who was present at the press meet along with the Union minister, said it would take around three hours for one-way ferry trip and would cost around INR 6,5000 to INR 7,000 for a round trip. Some investors have already expressed interest with their proposals, M. Kandasamy added.

Mandaviya said hundreds of Tamil-speaking people from Sri Lanka come to India on pilgrimage. Besides, many Sri Lankans also visit India to see Buddhist sites. The ferry service will facilitate their visit. It will not only give boost to tourism, but will also improve bilateral cooperation between the two countries, he said.

A ferry service between India and Sri Lanka was operated between Dhanushkodi in Tamil Nadu and Thalaimannar in Sri Lanka, over a distance of 30 nautical miles. After the 1964 cyclone destroyed infrastructure at Dhanushkodi, the service was operated from Rameswaram. In 1984, the Union government suspended the service due to the rise of ethnic conflict in the island nation. In more recent years, the TN government has been looking at a fresh site at Rameswaram to resume operations.

The project would be on public-private partnership (PPP) basis, where the operator would run the service, Karaikal Port will be the facilitator and the central government would extend support, Mandaviya said, adding, to take the proposal forward, a committee under chief secretary along with secretary (port) would be constituted at the earliest. The committee would go into the nitty gritty and submit a report. Issues related to immigration, customs and NOC by agencies concerned will looked after by the Union government, the minister added.

It is a major tourism project that will help in the development of Karaikal, said Puducherry Health and Tourism Minister Malladi Krishna Rao.

Chief Minister V Narayanasamy and his ministers, who wanted to implement such a project, are happy to see the Union government initiating it. The project will bring business and economic development to Puducherry, said port minister M. Kandasamy.