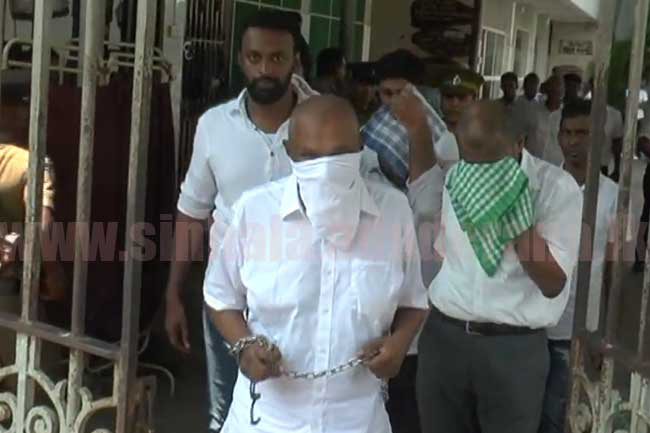 The six suspects including the father of the second suicide bomber at Shangri-La Hotel have been further remanded until 13th of March.

The order was issued by the Colombo Additional Magistrate Thanuja Lakmali Jayatunga today (28).

When the suspects were produced before the court, the Criminal Investigation Department (CID) requested the Additional Magistrate to further remand them as the probes into them are yet to be concluded.

Accepting the request, the Additional Magistrate ruled that the suspects will be placed under remand custody until the 13th of next month.

Local spice tycoon Mohamed Ibrahim, who was a resident of Mahawila Garden in Dematagoda, and the other five suspects were placed under arrest in connection with last year’s terror attacks on the Easter Sunday (21st of April).

The second bomb explosion at the Shangri-La Hotel was carried out by one of Ibrahim’s sons, Mohamed Ibrahim Ilham Ahmed. His other son, Mohamed Ibrahim Insaf Ahmed had had denoated the blast Cinnamon Grant hotel.