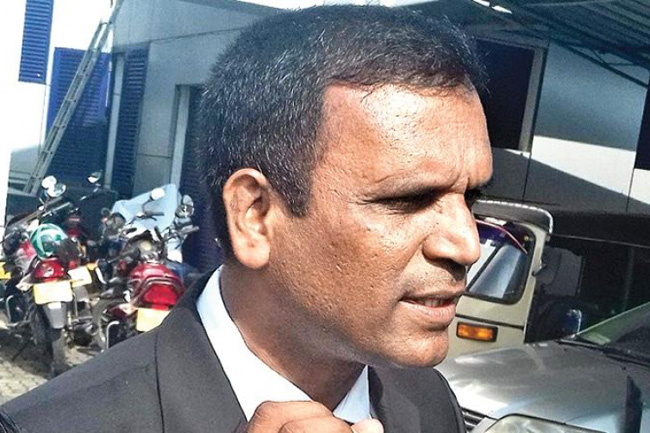 The case against Major (Retired) Ajith Prasanna and two other naval intelligence officers, who are accused of holding a press conference and intimidating witnesses in the case against several navy officials over the abduction and disappearance of 11 youths, was taken up today (28).

Colombo Additional Magistrate Priyantha Liyanage sat for the hearing when the defendants were produced before courts.

The President’s Counsel has stated that no evidence was presented to the court, proving that the defendants have violated the provisions of Victims of Crime and Witnesses Protection Act.

He pointed out that the statements made by the defendants at the press conference in question are not in violation of the aforesaid Act. He also requested the Court to release the suspects under bail conditions of any sort.

Speaking on behalf of the Attorney General, State Counsel Janaka Bandara pointed out that the police had arrested the trio and produced them before the court as they have committed an offence against the provisions of the Victims of Crime and Witnesses Protection Act.

He also noted that the views expressed by the three defendants at the said press conference are not in compliance with the freedom of speech and expression guaranteed by the Constitution.

As the statements made by the defendants have intimidated the witnesses of the case that is being heard before a three-judge bench of a High Court, the State Counsel pointed out that a Magistrate’s Court does not have the jurisdiction to release the defendants on bail.

He further sought the court to reject the bail application filed by the defence.

The Additional Magistrate then announced that the verdict of the bail application will be delivered on the 10th of March.

The suspects were ordered to be further remanded until the day of verdict delivery.