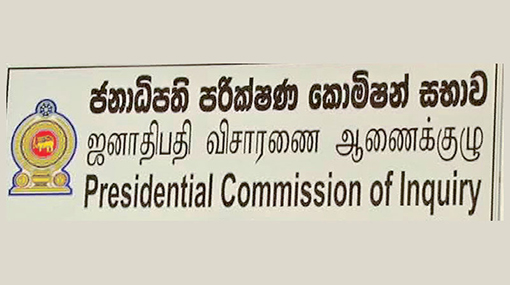 The Presidential Commission of Inquiry (PCoI) to probe and obtain information with regard to alleged incidents of political victimization from 8th January 22015 to 16th November 2019 has extended the time period for receiving complaints.

The Department of Government Information announced this issuing a communiqué today (28).

Accordingly, the PCoI will receive complaints on alleged incidents of political reprisals until the 6th of March.

The Commission has so far received more than 300 complaints, according to reports.

Preliminary investigations on these complaints are conducted by the Presidential Commission’s police unit and the Commission’s panel will record statements.