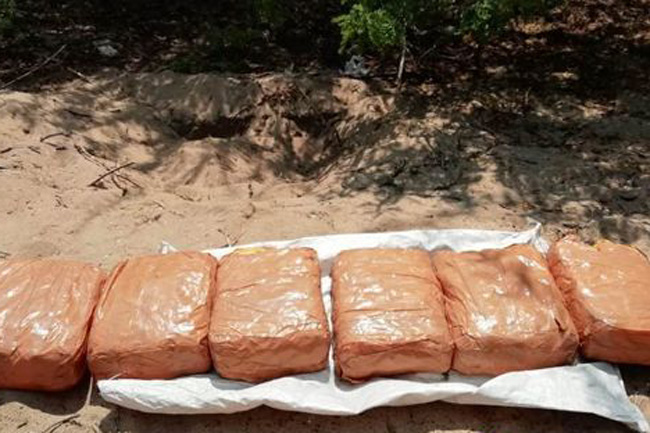 During a search operation conducted in the beach area of Vankalei in Mannar, the Navy managed to recover about 12kg of Kerala cannabis yesterday (28).

Naval personnel attached to the North Central Naval Command had conducted a search operation in the beach area of Vankalei and managed to unearth about 12kg and 450g of Kerala cannabis in 06 packages from the location. Accordingly, the stock of cannabis was taken into naval custody.

It is believed that the suspects had hidden these packages at the beach, in fear of regular operations conducted by the Navy to nab drug traffickers.

Meanwhile, the seized stock of Kerala cannabis has been handed over to the Mannar Division Vice Squad for onward investigation.