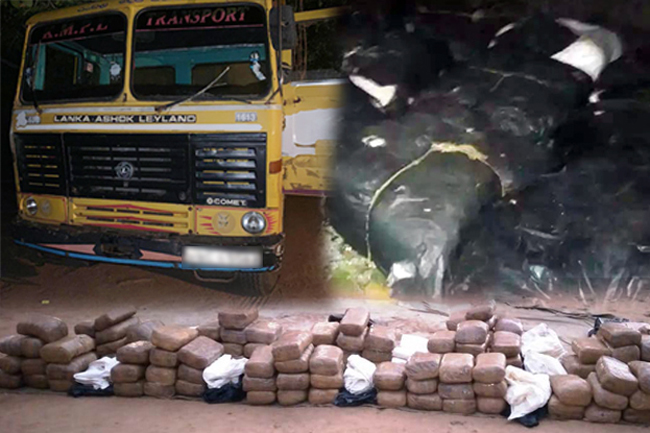 Sri Lanka Army today (29) seized a massive haul of Kerala Cannabis weighing 323kg while being transported in a lorry heading towards Pallawarayankaddu in the general of Veravil in Jayapuram.

A 46-year-old suspect hailing from Vavuniya has been taken into custody along with the Cannabis stock.

The suspect and the haul were initially handed over to the Special Task Force personnel at Iranamadu and later directed to the Jayapuram Police station for further investigations.