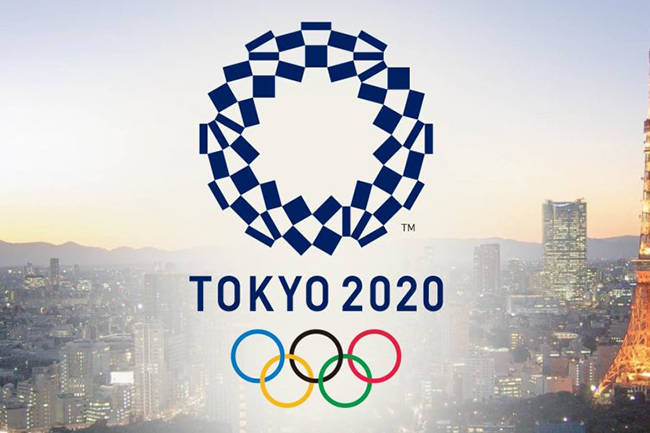 The 2020 Olympic Games will be postponed by one year because of coronavirus, says International Olympic Committee member Dick Pound.

It comes after the chairman of the British Olympic Association said Great Britain would be unlikely to send a team to Tokyo this summer.

Australia and Canada have already said they will not compete in Japan.

“On the basis of the information the IOC has, postponement has been decided,” Pound told USA today.

“The parameters going forward have not been determined, but the Games are not going to start on 24 July, that much I know.”

The International Olympic Committee has given itself four weeks to decide on the future of this summer’s Games, but veteran IOC member Pound says a decision will be announced soon.

“It will come in stages,” he said.

“We will postpone this and begin to deal with all the ramifications of moving this, which are immense.”

Canada and Australia had already announced their decision to withdraw from this summer’s Games when the chairman of the British Olympic Association, Hugh Robertson, said he expected Britain to be “joining shortly”.

“We can’t see any way that this can go ahead as things are constituted,” said Robertson. “I expect we will be joining Canada and Australia shortly.”

As of Sunday, there had been 5,683 confirmed cases of coronavirus in the United Kingdom, with 281 deaths.

The UK government has urged the public to follow advice on social distancing, with MPs debating stricter measures to ensure people comply.

“I think it is very simple. If the virus continues as predicted by the government, I don’t think there is any way we can send a team,” Robertson told Sky Sports News.

“First, I don’t see any way that the athletes and Team GB could be ready by then. Elite training facilities are perfectly understandably and quite correctly closed around the country, so there is no way they could undertake the preparation they need to get ready for a Games.

“Secondly, there is the appropriateness of holding an Olympic Games at a time like this. We are actually in a process where we are talking to all our sports. We will complete that over the next couple of days.

“We have already said to the IOC (International Olympic Committee) that we think their four-week pause is absolutely the right thing to do.”

On Sunday, Canada became the first major country to withdraw from this summer’s Olympics and Paralympics.

The Canadian Olympic and Paralympic committee said it had taken “the difficult decision” to pull out after consulting athletes, sports groups, and the government.

It then “urgently called” on the IOC, the International Paralympic Committee and the World Health Organization to postpone the Games for a year.

“Our athletes have been magnificent in their positive attitude to training and preparing, but the stress and uncertainty have been extremely challenging for them.”

The IOC has said the postponement is in its “scenario planning”. The cancellation of the Tokyo 2020, due to run from 24 July to 9 August, is “not on the agenda”, but a “scaled-down” Games is also being considered.

Japanese prime minister Shinzo Abe told his country’s parliament on Monday that a postponement would be unavoidable if the event cannot be held in a complete way.

World Athletics president Lord Coe has called for this summer’s Olympic Games in Tokyo to be postponed.

In a letter to IOC president Thomas Bach, Coe says an Olympics in July 2020 is “neither feasible or desirable” because of the coronavirus crisis.

In his letter to Bach, which followed a conference call between himself and area presidents of the Olympic federations, Briton Coe said: “No-one wants to see the Olympic Games postponed but, as I have said publicly, we cannot hold the event at all costs, certainly not at the cost of athlete safety.

“A decision on the Olympic Games must become very obvious very quickly. I believe that time has come and we owe it to our athletes to give them respite where we can.”

In his letter, the double Olympic 1500m champion listed three main reasons for delaying the 2020 Games:

-Competition fairness - “Every one of my area presidents believes that we can no longer expect a fair and level playing field in our sport given the number of athletes who are struggling to train in various countries due to measures put in place to reduce the spread of coronavirus.”

-Risk of injury - “If athletes are unable to train properly now we both know, as we have both been there, they will push themselves even harder closer to an Olympic Games, which will increase the propensity for injury.”

-Emotional wellbeing of athletes - “The uncertainty of the Olympic Games happening in July and the inherent desire and motivation to excel that resides in all our athletes is causing real anguish that we can, collectively, put a stop to.”

The subject of athlete welfare was also highlighted by Japanese Olympic Committee president Yasuhiro Yamashita, who told reporters on Monday that too long of a delay to Tokyo 2020 would be a burden to athletes preparing for the games.

In his own letter, addressed to athletes and published on Sunday, Bach said the IOC is “in a dilemma” and “a final decision about the date of the Olympic Games Tokyo 2020 now would still be premature”.

The German added that to postpone the Games “is an extremely complex challenge” and that a cancellation would “destroy the Olympic dream of 11,000 athletes”.

In terms of a postponement, Bach warned: “A number of critical venues needed for the Games could potentially not be available any more.

“The situations with millions of nights already booked in hotels is extremely difficult to handle, and the international sports calendar for at least 33 Olympic sports would have to be adapted. These are just a few of many, many more challenges.”

UK Athletics, its US counterpart, and several national Olympic governing bodies have urged the IOC in recent days to delay the Games.