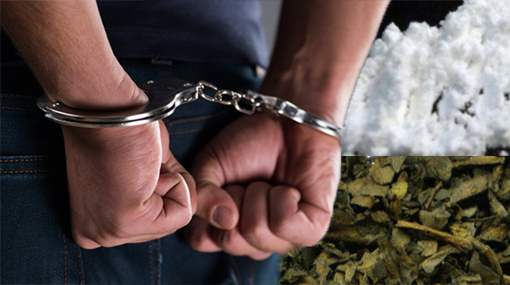 11 arrested with Ice & Ganja during party in Wadduwa

Eleven persons have been arrested this evening (27) while having a party in Moronthuduwa area in Wadduwa.

The police have seized 2g 715mg of Crystal Methamphetamine, also known as ‘Ice’, 26g of Ganja (Cannabis) and 72 ecstasy pills were in possession of the suspects.

The suspects, aged 17-52, were identified as residents of Moronthuduwa and Panadura areas.

They are to be produced before Panadura Magistrate’s Court tomorrow (28).

Moronthuduwa Police is conducting further investigations into the incident.

In the meantime, 342 individuals were taken into police custody between 12 noon to 6.00 pm today (27) for violating curfew orders.

Since the government re-imposed the curfew at 6.00 pm last Friday (20), a total of 4,559 persons were arrested, along with 1,125 vehicles, over curfew violations.