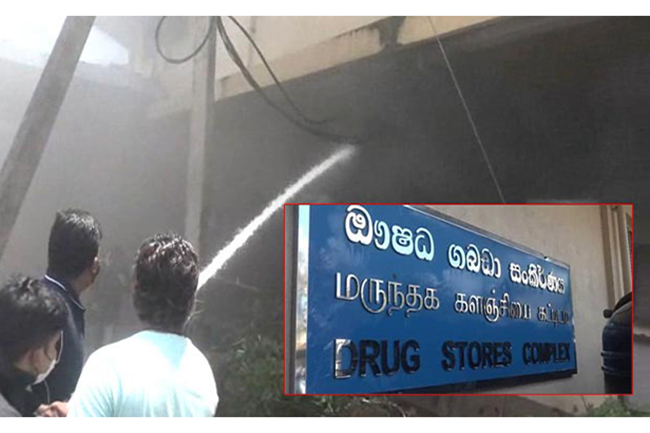 A fire erupted in the pharmaceutical store of the Kurunegala Teaching Hospital at around 11 am this morning (05).

It was doused in the joint efforts of the Kurunegala Municipal Fire Brigade, Kurunegala Police, STF and Army personnel and the hospital staff.

Following the initial probes on the incident, it was revealed that 4 containers of highly concentrated disinfectant, which was being carried out from the store by a medical assistant, had caught fire. However, the fire had blazed as water was used in an attempt to douse it.

The firefighters have managed to contain the fire from spreading beyond the ground floor of the four-storey building.

Four of the hospital staff who were stuck on the third floor of the building have been evacuated to safety.

No fatalities were reported in the incident.

Kurunegala Police is conducting further probes into the incident.